From Friday, September 2nd through Sunday, September 4th, Valiant Entertainment is taking over Baltimore Comic-Con 2016 – and they’re bringing along a squadron’s worth of convention-only exclusives, signings, programming, panels, and more!

All weekend long, join Valiant inside the Baltimore Convention Center at Booth #2008 and find out why Valiant has racked up an unprecedented 50 Harvey Award nominations by perusing a complete selection of Valiant trade paperbacks and deluxe hardcovers for critically acclaimed and award-winning titles including BLOODSHOT REBORN, DIVINITY, THE VALIANT, X-O MANOWAR, BOOK OF DEATH, WRATH OF THE ETERNAL WARRIOR, FAITH, and many more!  But that’s just the start of your Valiant Universe experience! For the entire weekend, Valiant will give away FREE complimentary copies of the FAITH #1 SECOND PRINTING! Packed with the beginning of Faith’s best-selling ongoing series debut and the bonus “THE FUTURE OF VALIANT” SNEAK PREVIEW flip book – spotlighting an all-new wave of ongoing series, prestige format projects and standalone events from the largest independent superhero universe in comics – you won’t find a more exciting giveaway anywhere else! 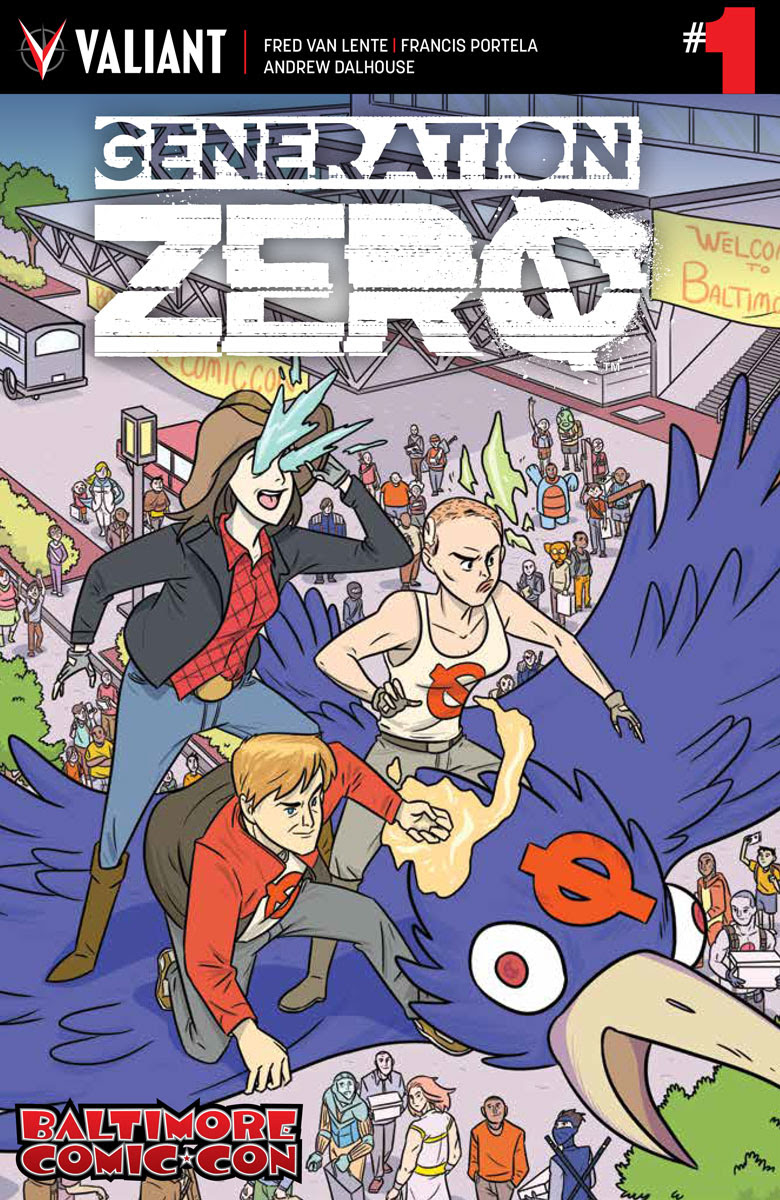 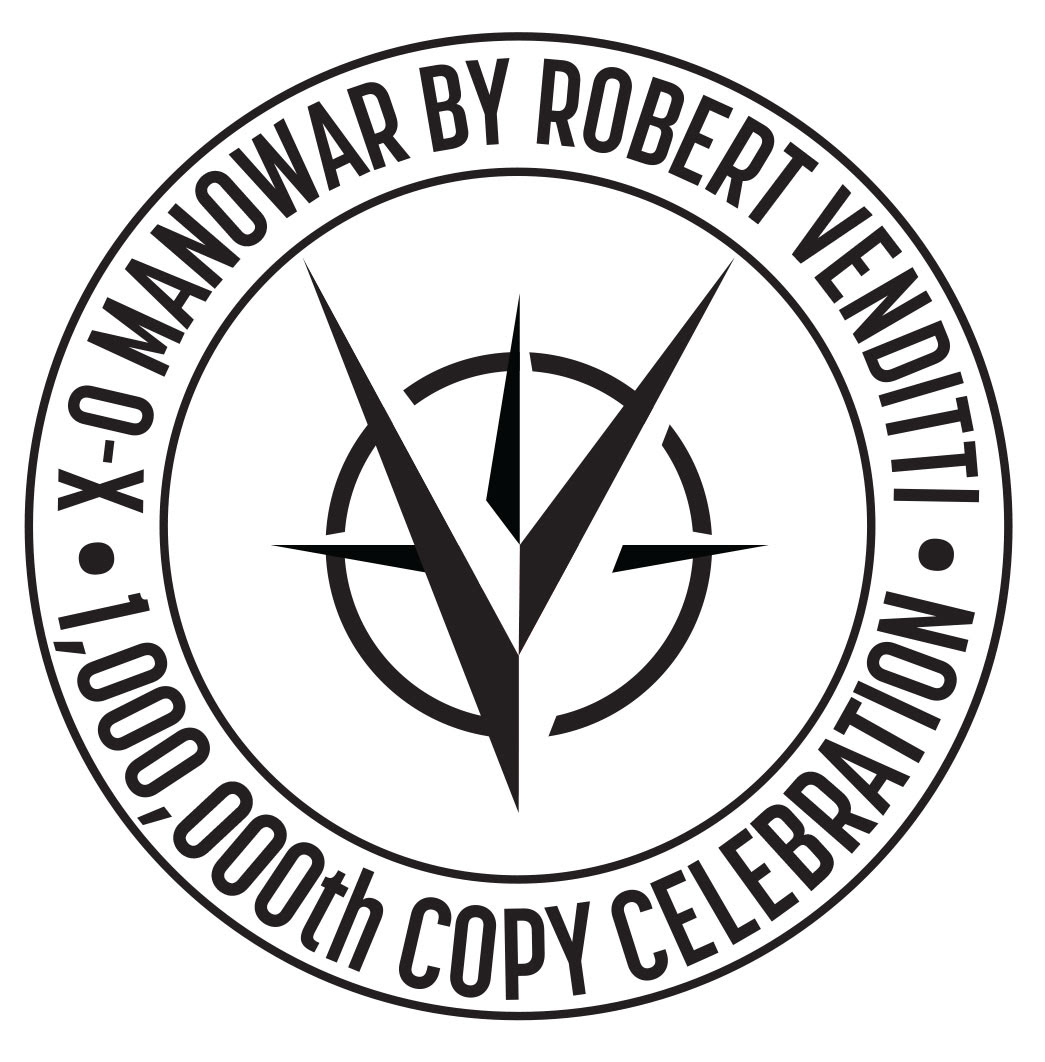 Valiant is also offering fans at Baltimore Comic-Con 2016 the chance to join in the celebration of X-O MANOWAR (2012)’s 1,000,000th copy sold with the X-O MANOWAR 1,000,000th COPY COMMEMORATIVE SEAL. Fans who purchase or provide copies of X-O MANOWAR #49 (any cover) at the Valiant booth (#2008) will be afforded the opportunity to have their copy embossed with an official Valiant 1,000,000th copy seal – designed in honor of X-O MANOWAR’s legendary achievement and forever commemorating a new milestone in Valiant history – free of charge!

Plus, get ready for signings throughout the weekend from an all-star cast of special guests, including writers Fred Van Lente (GENERATION ZERO, ARCHER & ARMSTRONG) and B. Clay Moore(SAVAGE, BLOODSHOT)! And don’t miss the boatload of Valiant merchandise sailing into Baltimore, including t-shirts featuring X-O MANOWAR, BLOODSHOT, HARBINGER, ARCHER & ARMSTRONG, and more!

The action continues on Friday, September 2nd at 2:30 p.m. in Panel Room #339-342 with Valiant 101: New Fans Start Here – a concise and fun-filled introduction to Valiant’s biggest, most memorable characters! You seen the reviews, you’ve heard the buzz… Now find out why Valiant Entertainment has taken fans and critics by storm as the most acclaimed comic book publisher! Join us here for a one-of-a-kind introduction to the largest and most acclaimed independent superhero universe in comics! From X-O MANOWAR and FAITH to BLOODSHOT REBORN and DIVINITY, get the stories behind Valiant’s biggest heroes and find out where to jump on board right here with an in-depth tutorial that’s perfect for new fans!

But that’s not all! Peek into the unbelievable stories charging towards your favorite superheroes on Saturday, September 3rd at 1:30 p.m. in Panel Room #343-344 for Valiant: The Future of Valiant and Beyond! With a record-setting 50 Harvey Award nominations, Valiant Entertainment is the most acclaimed publisher anywhere in comics today. Now, find out what’s next for powerhouse series like FAITH, GENERATION ZERO, BRITANNIA, BLOODSHOT U.S.A., HARBINGER RENEGADES, SAVAGE, and DIVINITY III: STALINVERSE right here with an all-star cast of panelists including Fred Van Lente (GENERATION ZERO) and B. Clay Moore (SAVAGE)! The future of Valiant starts here with an exclusive round of news and announcements – only at Baltimore Comic-Con!

Who is headed to Baltimore Comic Con? If you are make sure you stop by Valiant Entertainment.

I am the Founder and Editor-In-Chief of Constant Collectible. View all posts by Simon